Is Cainiao Ready To Expand Overseas?

Alibaba’s logistic unit is going to expand its operation overseas due to reach and speed up delivery times. Now Cainiao App has over 200 million users.

Cainiao, the logistics arm of Hangzhou-based e-commerce giant Alibaba, is set to increase its global expansion with 1,000 new chartered flights in the next nine months, media said. Moreover, the company is ready to double its overseas warehouse network to two million square meters in three years, the company announced.

Cainiao also said it will invest over than $140 million to upgrade its logistic network infrastructure, which will allow international air-freighting time to be reduced to three to five days, from the current seven to 10 days.

What does it mean fro cross-border trade? Foreign businesses exporting to China will be able to leverage the firm’s 14 export warehouses and Cainiao’s partnership with over 30 customs clearance facilities to expedite deliveries, said the company, allowing 90% of cross-border orders to be fulfilled within 72 hours in China, the company said. 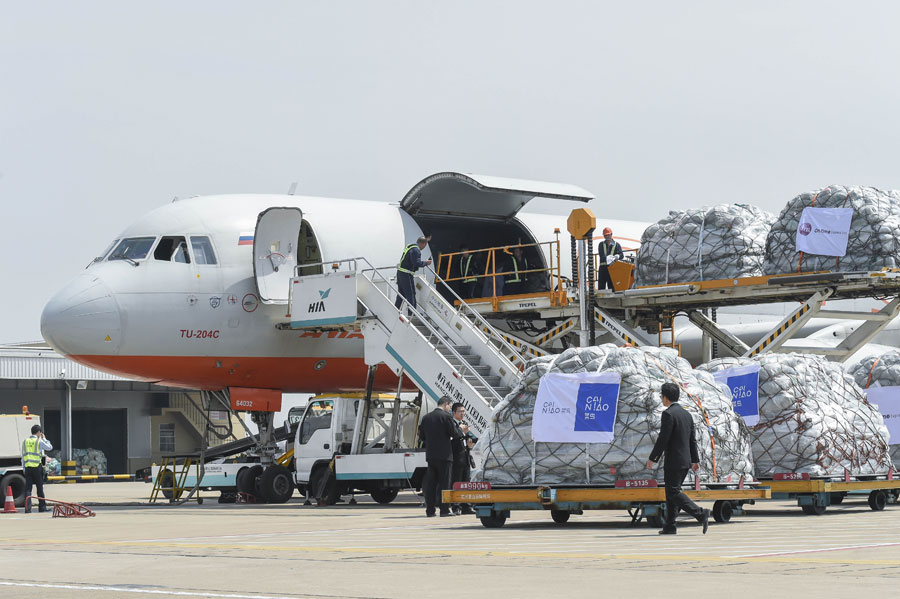 In May, Cainiao, together with cross-border delivery service provider 4PX Express, launched an international postage service focused on global shipments of “essential items” and during the COVID-19 pandemic, the firm has sent over 130 million parcels of medical supplies to 150 countries across the world, according to Wan.

According to latest data, the company’s app called Cainiao Guoguo, has reached 200 million users. For the recent 618 mid-year online shopping season, Cainiao delivered 70% of Tmall parcels as of June 18, according to the company.